It was an open format, with 14 games played over the two days, and was both ABSP and WESPA rated.

There was also a 3-game mini-tournament on Sunday afternoon for novice players, and we had 4 players for this.

The David and Goliath prize went to Mary Morgan, who beat Feargal Weatherhead, and the high word prize went to Ed Miliano for CLEANISH, with a score of 167.

See all the stats for the weekend, and below are some pics from the event (no photos of the prize-giving unfortunately!) 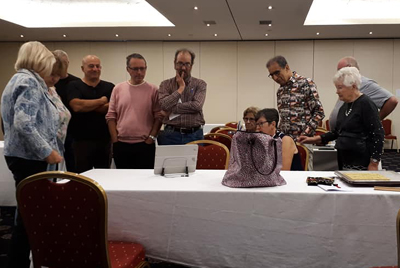 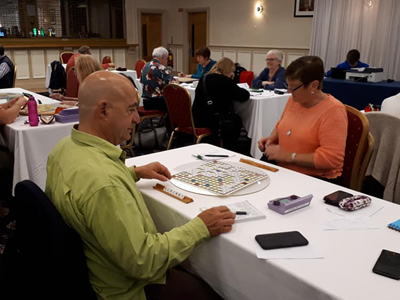 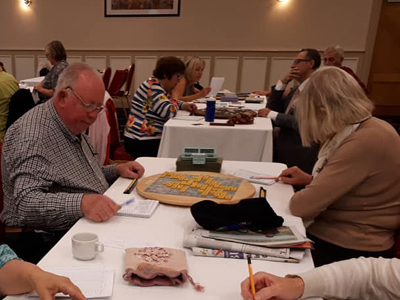 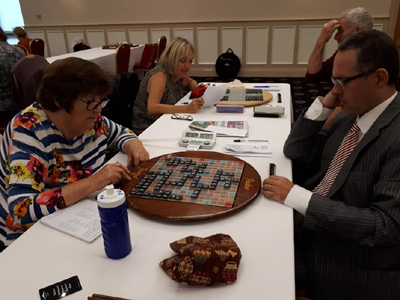 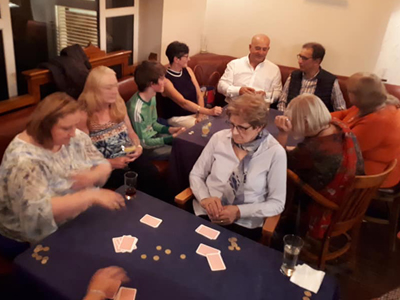 Drinks and cards at the end of day one